Ever since the Lockdown was announced and I went home from Mumbai, I expected things to return to normalcy by the time I set foot in Mumbai again.

I couldn’t have been more wrong.  The situation remains grim, in fact far more worse than what we witnessed in the last week of March 2020.  Every day is turning out to be a record breaker with an even higher number of infected cases.

Although, we are also witnessing vaccines being introduced one after another, first by Glenmark and then by Patanjali (still has to get the go-ahead nod from the concerned departments).  The fact that we still do not have a 100% cure for the disease is a big stumbling block in reviving the confidence of people to resume their normal life.

And now, the trip that I was trying to avoid has become a reality, I have to go to Mumbai to break the chord that still ties me back to the city.

The 18 months that I spent in Mumbai have been unforgettable and I liked every bit of it.  I arrived on Ganesh Chaturthi (the day when the festivity begins) and was lucky to have witnessed two more of these, almost one and a half weeklong festival.

The first time I saw huge mannequins of Lord Ganesha taken to different Pandals with people bowing in awe of the God even on the streets, I grew attached to the beloved Lord.

Every office desk in Mumbai, no matter of a CEO or a Janitor is adorned with his little statue and the first thing people do upon reaching office is a small prayer inside themselves to the God who is considered to remove any obstacles off our path. 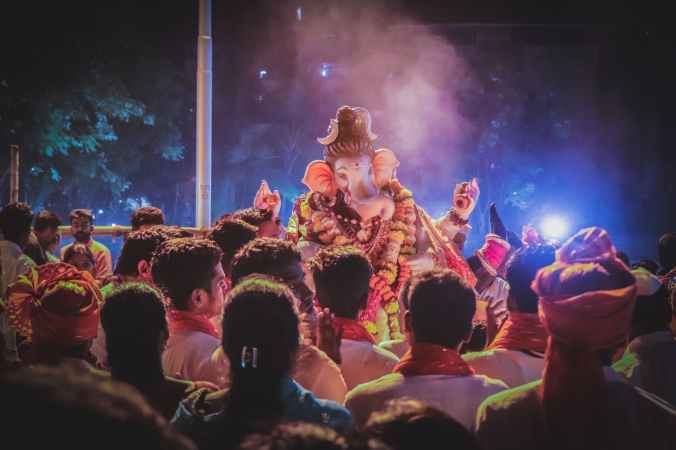 Another thing I felt while being in this metropolis is its amazing diversity when compared to Delhi, a place I worked in for more than 10 years.  I can’t make a comparison with other cities as these are the two places, I have worked the most in and there is no way the sheer size of the two cities could be compared with my hometown of Dehradun and that’s why the comparison is restricted to the perennial rivals – Mumbai and Delhi.

There are people working from every nook and corner of India here connected by a common thread of working hard and trying to eke out a better life for themselves and their families.

The place is so alive, that it’s difficult to surmise if the time is well past mid-night or still an early evening.  The number of people loitering around even at night in Mumbai is probably incomparable to any other Indian city.

The diversity of food that one can dig into also makes the place even more livable.  One can find all varieties of Indian food here, not only in expensive restaurants but also in relatively economical places, along with not to mention the lip smacking seafood and delicacies from around the world.

There is only one exception though; my entire life experience of eating North Indian food only in North India led to the development of a palate, which had to take a long time to adjust to the tastes of Mumbai style North Indian.  I still have some reservations about that food here, as having eaten in North almost my entire life, my gustatory senses have been tuned in a certain particular way.

Other than North Indian, every other cuisine is close to a perfect here provided one is aware of the right places.

I did not went to too many places during my stay; however, if one is in Mumbai, two must go to places are Marine Drive and Elephanta Caves.

Marine Drive is one of the most popular and beautiful places to spend your entire evening by just watching the sun and the sea.  The morning sun making its way up the horizon as you watch bang opposite to an unending sea of water is not only surreally beautiful but an event, which absorbs you with its subtle intensity.

A similar experience awaits when one is watching a sublime sunset as the sun gradually makes its way back to a distant horizon as if taking a dip in the vast sea spread around an entirety of our visual space.

The setting sun can make us forget everything as one gets immersed in the beauty of a star spreading a riot of red on the entire skyline before bidding a final goodbye.

Elephanta caves are not only an unforgettable piece of amazingly curated architecture but also a testament to the skills of people who lived far ahead of their time in terms of their thoughts and imagination.  Every sculpture one witnesses is so perfect in its form (although some of them have been vandalized) that even after looking at them continuously for hours one can’t stop admiring the way they have been crafted.  One needs to visit the place to experience it.

Reaching the place in itself is an adventure; one can keep talking about it days after it gets over.

Lastly, we cannot end writing about Mumbai, without mentioning the ubiquitous local trains.  I was regular pass holder and used it 5 days a week.

If Mumbai were a man, local trains would be its hearts and nervous system.  We can’t just imagine Mumbai without these trains chugging along the entire length and breadth of this city including the suburbs and far off places connected only by the audacity of the train drivers who are willing to ensure no one remains distant from each other.

When I came to Mumbai to work, I was apprehensive and unsure of how things will unfold, however after spending a year and a half here, Mumbai taught me one thing, you just need to keep moving, no matter what and to always keep the umbrella with you, because you never know when you might need it.

Mumbai rains are as unpredictable as our democracy.