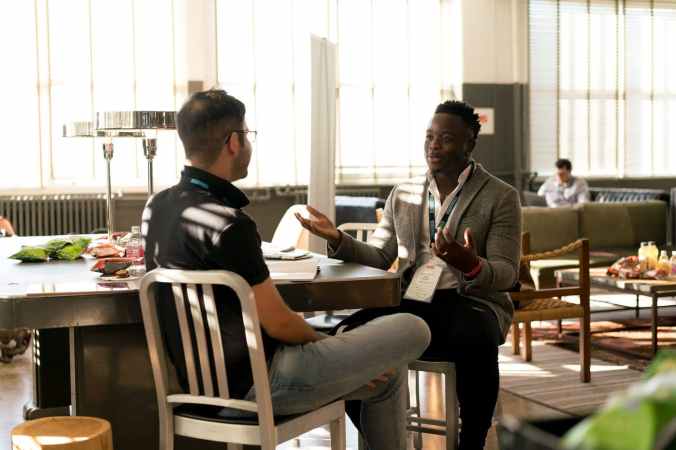 Biases have a major role to play in hindering our listening ability. Since they exert their influence on System 1 (a term coined by Nobel winning professor Daniel Kahneman to refer to the fast, instinctive and emotional part of our brain), they are difficult to notice and affect us at an unconscious level.

Let’s say you are having a conversation with your friend who mostly complains about his boss.  You have been hearing about ‘this monster’ your friend is working under for quite some time now and the image that you have of his boss is of a blood-sucking vampire.  The moment he speaks to you about the office, you know the conversation is not over until he uses the choicest of abuses for him, which probably is his way of accomplishing some sort of vicarious pleasure.

Now, you and this friend of yours are sitting in a café and just unexpectedly you folks bump into his boss.  When you look at him, he appears just like another human being; however, you already are aware of the monster hiding under that cute smile.  You make every effort to have a normal conversation, but can’t as your mind constantly digs into the information your friend has already provided to you about him and you keep assigning a negative emotion to every word or phrase he speaks out, even if it is a plain hello or a good bye.

The poor chap may be as good as any other person; however, instead of giving him a chance to prove his righteousness, we have already assigned a label and once consigned its arduous to change, as our mind now uses this information shortcut to decide whether to listen to this person or not.

Have you also played to your system 1 and avoided listening to people because of your preconceived notions.  Another example is about politicians and celebrities we like or do not like.  If we admire someone, we listen to them and discover the positives even in their negative or insipid statements and if we abhor someone, we don’t lose a moment to criticize the shortcomings even if none exists in which case we either use sarcasm or assign the speech as deceitful.

So, two things we can do to become better listener are;

This requires a high level of honesty with oneself.  One can also make use of certain tests, which can be found online like Implicit Association Test, also used by psychologists to identify biases.

You can also observe yourself when someone is talking to you and try to notice what kind of thoughts are going on in your mind as you make an effort to listen to the speaker.

Biases can be as for as simple reasons as someone’s accent or dressing or as derogatory as because of someone’s color or ethnicity.

Being aware of our own biases not only helps us in becoming a better listener, but also an amazing human being.

Minimizing or Getting Rid of Biases

This would require concentrated effort and vigilance to our own emotions.  We tend to be good or bad at listening depending upon the kind of feeling we get when listening to someone which is affected by our biases as well as context.

Interacting with a diverse set of people and getting to understand their culture is the first step towards becoming a little more open.

Second thing would be to look for solutions and ideas from as many people as possible.  When someone talks to you about a third person, ask questions and try not to let that information affect your own perception of that individual.

The Best thing would be to avoid making a judgement.  This is easier said than done; however only regular practice can help us in becoming better.

Although there are multiple resources on how to get better at listening, I focused on just one which is Bias.

I however invite you to come forward with your ideas on how we can get better at listening and whether working on biases will work.