What images strike your mind when you think about your childhood?  Do you miss the fun at school, the goofy behaviour with your siblings and cousins or the lazy mornings during summers?  We all have our favorite moments of childhood that stir up as we come across old pictures, songs, movies or even advertisements on TV.

I remember associating songs with the class I used to study in and would recall to have heard a particular song when I was say in class 8th or 10th.  The first movie I watched in a theatre was after my last high school board exam.  Ironically, it was mathematics and although I love math, we all were stumped with the difficulty level to which it was set up to.  Unfortunately, I lost my father when I was in high school and missed more than a month of my studies including some important topics in few subjects including math.  Trigonometry was my favorite and I secretly hated Geometry, although I did not expressed my hate in front my friends or teachers, I still find it difficult, and naturally, lost touch with it after school.

One subject I continued to read even more after school is physics and although I studied it only till 10+2, the books on quantum mechanics still lie in plenty with me.  One thing that really excited me about quantum mechanics was its ability to explain time dilation while wave-particle duality of light thrilled me as well and Einstein became my favorite Scientist along with Feynman who somehow is a rock star of the physicist community.

Stumbling upon any piece of information related to them also turn the clock for me; amazing thing is Einstein theory could explain time travel as well.  I was so enamored with the concept that I even wrote my first science fiction, which relied heavily on time and intergalactic travel aptly titled ‘from the Faraway Galaxy’.  Writing it also provided me with the freedom and opportunity to combine my passion of both time travel and trekking.

Time travel and books are a lethal combination with a strong authority to deviate you from your original thoughts and for me it is what prompts nostalgia.  Even right now, I am feeling compelled to write more about it than my original topic of nostalgia. 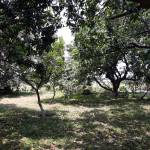 For me, nostalgia is the walk back in the fruit orchard as well, which my extended family planted long before we were even born, though we are the ones enjoying the produce now.  Every time I visit it, it is like walking back in childhood for me.  The mango trees which we used to climb to play, the litchi groves with the bunch of litchis hanging from the tips of the branches, sweet lemons lying everywhere with no takers while jackfruit although a little ugly in appearance tasting awesome both as vegetable and as a ripened fruit.

We also had this thicket of bamboo trees and surprisingly I had the audacity to climb the tallest one, resulting in multiple fractures on my right hand after I fell off from it.  I reached the top but had no idea on how to climb down owing to its stout curved spines, which I somehow negotiated while climbing up but they would have turned deadly during the downward descent. This memory stayed with me forever as whenever I try to straighten up my right fractured hand, it refuses to yield to my request forcing a recall of my tomfoolery.  A smile automatically crops up as I move past the bamboos now.

The surrounding landscape alongside though has changed drastically witnessing a sharp growth in new houses most of which have sprung up only in the recent few years.  However, the orchard in itself is like an oasis, still standing strong while the desert keeps expanding itself around it.  The changed landscape also took away our memories, which was earlier safely ensconced in the laps of trees, and shrubs who have lost their existence to modernity.

We keep losing keepers of our nostalgia to our greed, only to mourn their losses later on.  Also, try in vain to recall and recollect as many memories as possible using our mind, which we fail to realize, also uses these same triggers to help us travel backward in time.

Many of my nostalgic moments occurred while we played in the shade of trees and plucked their fruit from the branches.  I still do not know how many kids of today would even know how a mango or a litchi tree looks like especially those who are born and brought up in the metros.  The smell of mangoes transcends me back when we used to sit on tree branches and eat out of the tree directly an incident so ingrained inside me, that I still long for that experience even now.

So, what make you nostalgic.  What triggers your memories?  What makes you travel back in time and in your childhood, will be very glad to read!